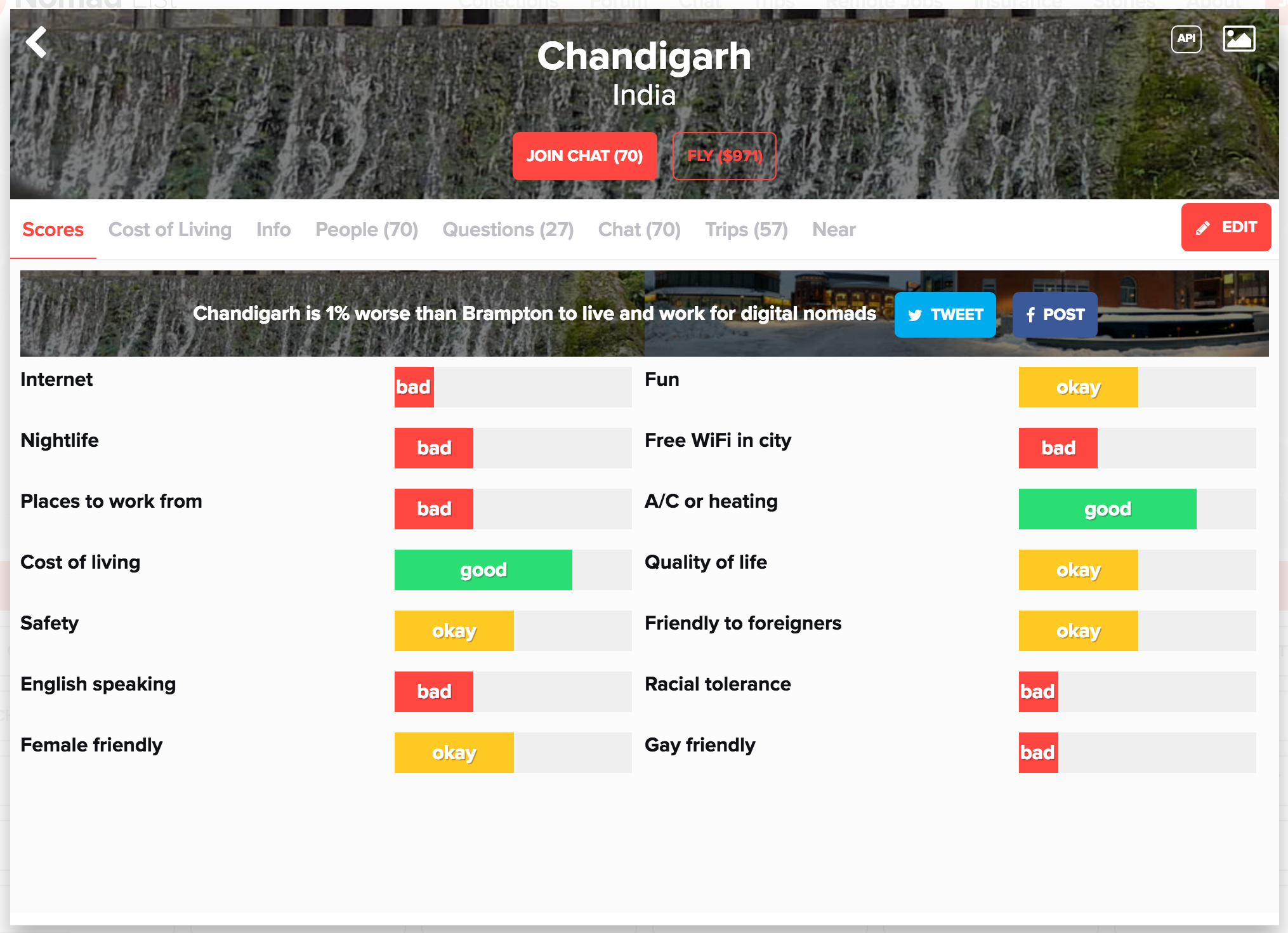 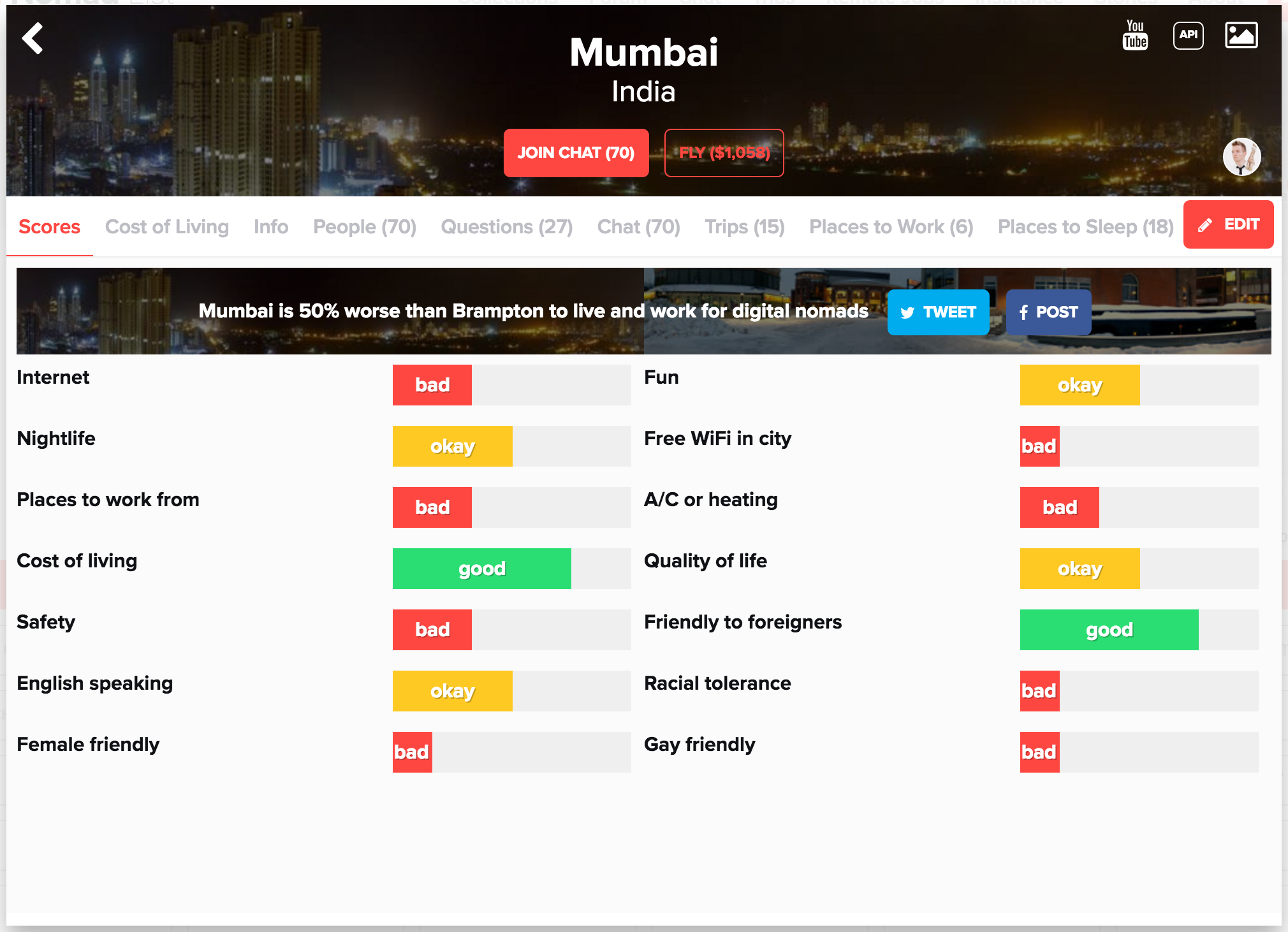 According to 70 nomads on NomadList, India is probably one of the worst places to work scoring poorly on almost all categories. Internet, gays and women have it so bad you can’t help but cringe. Quartz chimes in.

This is fucking insane!

Having lived and worked in Chandigarh, New Delhi, Mumbai and New York I can’t seem to wrap my head around this data. I owe this self-inflicted-debate a fair trial.

Firstly, calling Mumbai’s nightlife “okay” by any stretch is teetotalism two point zero. But fucking partying right up there with London, Toronto and New York is the least of my worries for this essay.

Secondly, in Mumbai, everyone speaks English. It’s the one and only place, in India, where English is the most natural and acceptable way to communicate, with everyone. Everyone.

This data feeds into this perceived “generalised” notion of what is happening in India.

“We saw cows and people pooping on the street and beggars everywhere. It smells bad too.”

Have you seen the world’s most expensive house? 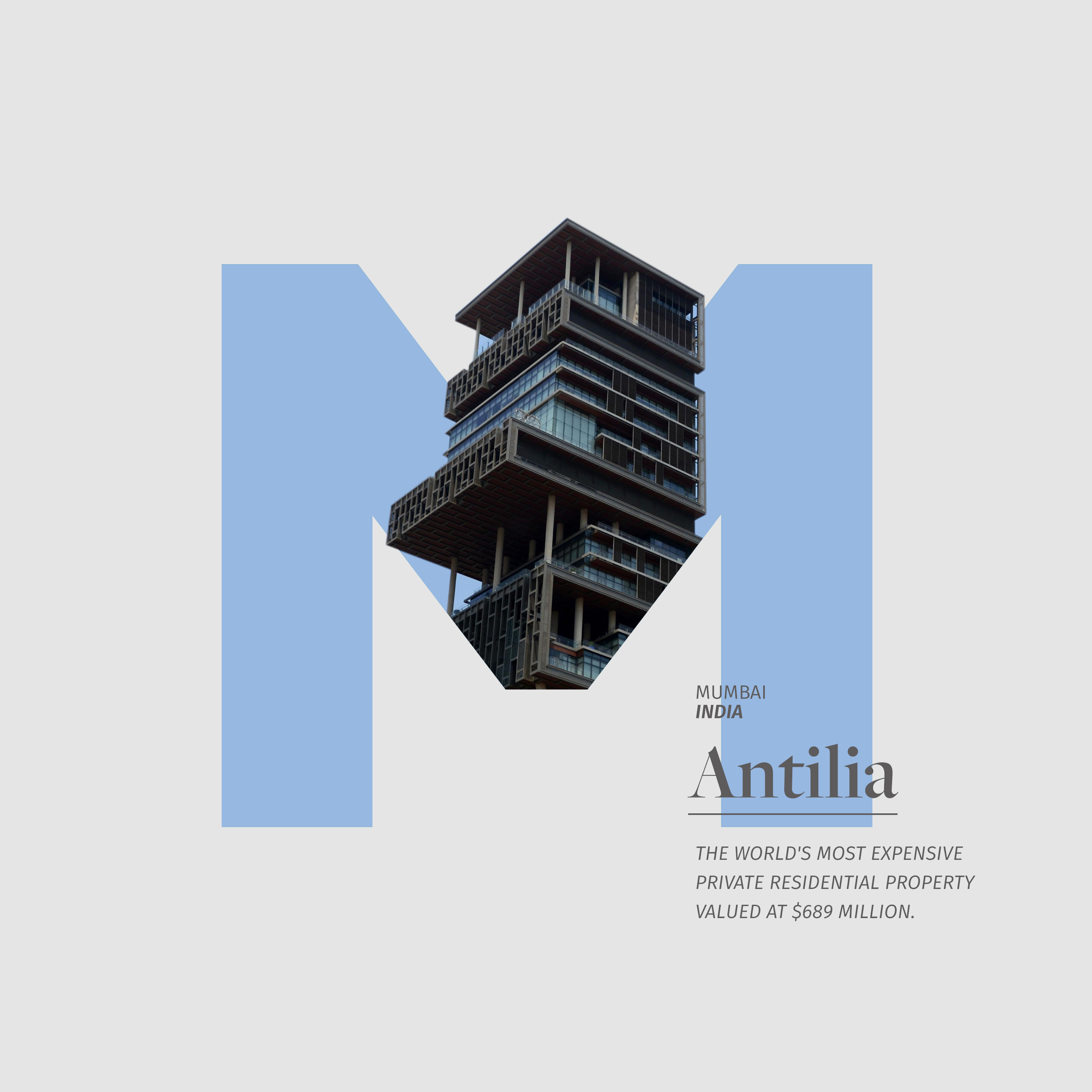 A Mumbai only erection. Case in point.

There is wealth and poverty everywhere, including North America and Europe. The US owes Trillions of dollars. But that’s not indicative of ground realities in entirety.

Data is not equal to the truth. Get over it.

I can’t speak on the behalf of women and gay but how can internet get a bad name in India? Airtel! Are you listening? India practically survives on it. Isn’t India one of the biggest outsourcing hubs in the world? I’ve experienced the days of dial-up and 4G on my iPhone 6 Plus and never did I have issues with internet speed.

I think I’ve pointed out several holes in what appears to be fairly simple user-generated-data which reminds me of a similar story over at Zomato. I don’t want to be the teetotaller or shout negative about something positive these aggregators-of-opinion are trying to do.

The point I wish to drive home is, as products (or brands), they have to be better curators. Amassing quantity is fine. Quality control is important too.

The bright side being Indian cities score highly on the “Cheapest” list but if that’s the only category you’re attracting I would be a little worried. 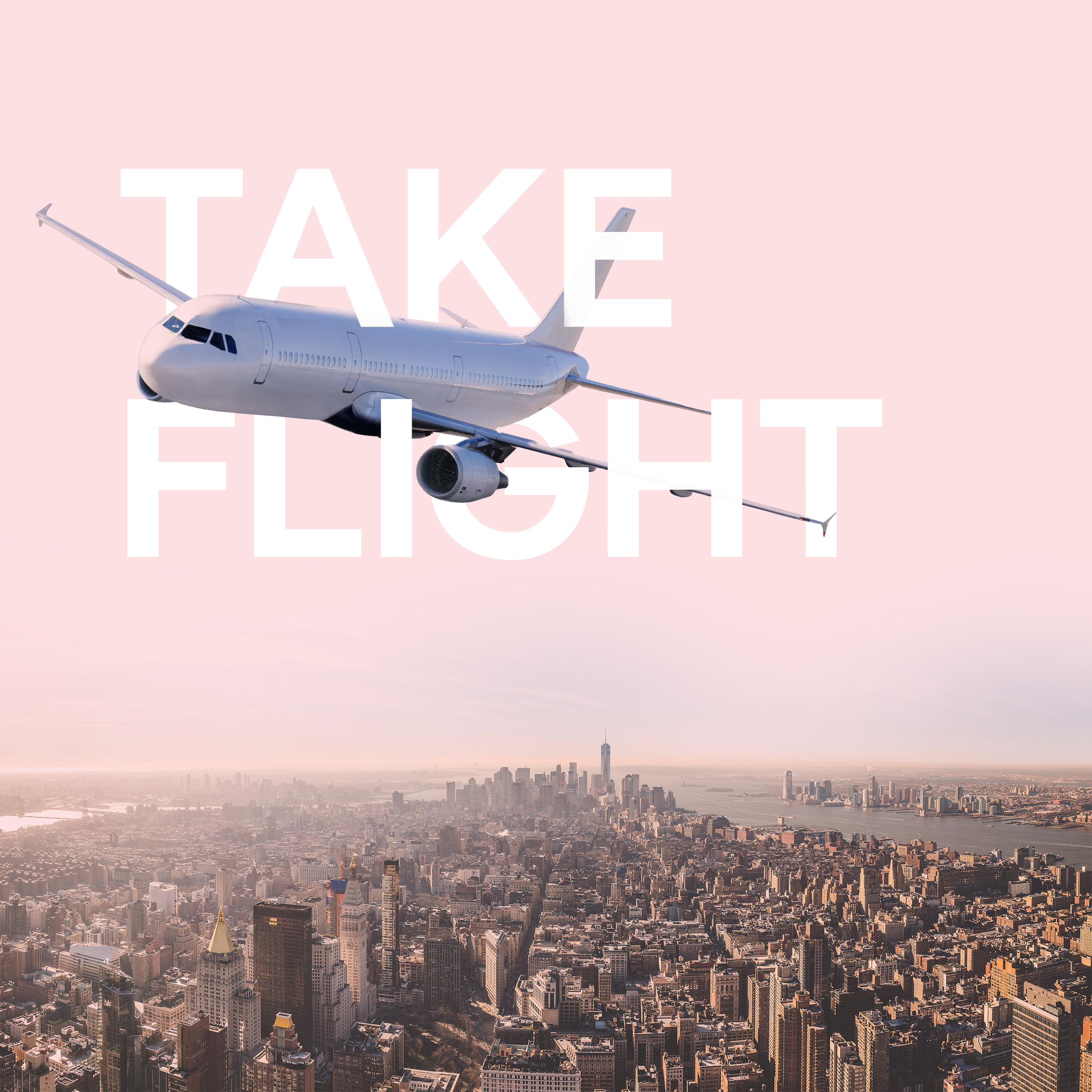 The notorious flag glooming over most airline ticketing portals is hanging on a price pole. Commissions are held back like a receding hairline. I’d rather shave it than wax nostalgic sporting a comb over.

Hemmed on that flag are the letters “FUCK” in big bold letters, underlined, enclosed in a starburst, catching a welfare fluff.

“It’s got to be fucking cheap bro! Fucking cheap as fuck,” the users or travellers have you believe. Like, calm your tits mate.

There are experts, who’ve swam the seven seas doing only what I can imagine to be a cocktail of playing cabin tease and conveyor belt burlesque, while navigating the broken and hidden treasures of depleting hairlines.

Past the barrage of crappy and overwhelming experiences I found comfort, trust and connection in the following four places. Clear indicator of commitment issues, however, doesn’t stop me from having a lover.

The first two examples are my favourite followed by two I have recently discovered and found to have an instant infatuation for because, let’s be honest, everything else is visually and functionally haemorrhoid-inducing.

I intend to focus on the experiences and not the cheapest fucking fare. Although all of the shortlists do that very well. In this blog we will explore the first two. I will spend some time on the following two and come back with my observations and two fucking cents in part two.

“Hey Paul! They have shareholders, people, bills, product strategy and there’s an audience for what they are selling. And they seem to be doing well,” you say.

They aren’t bad people. You know what, good on them for trying. But, guess what, it’s my party so let’s dive into an adolescent-pee-free pool for a change. 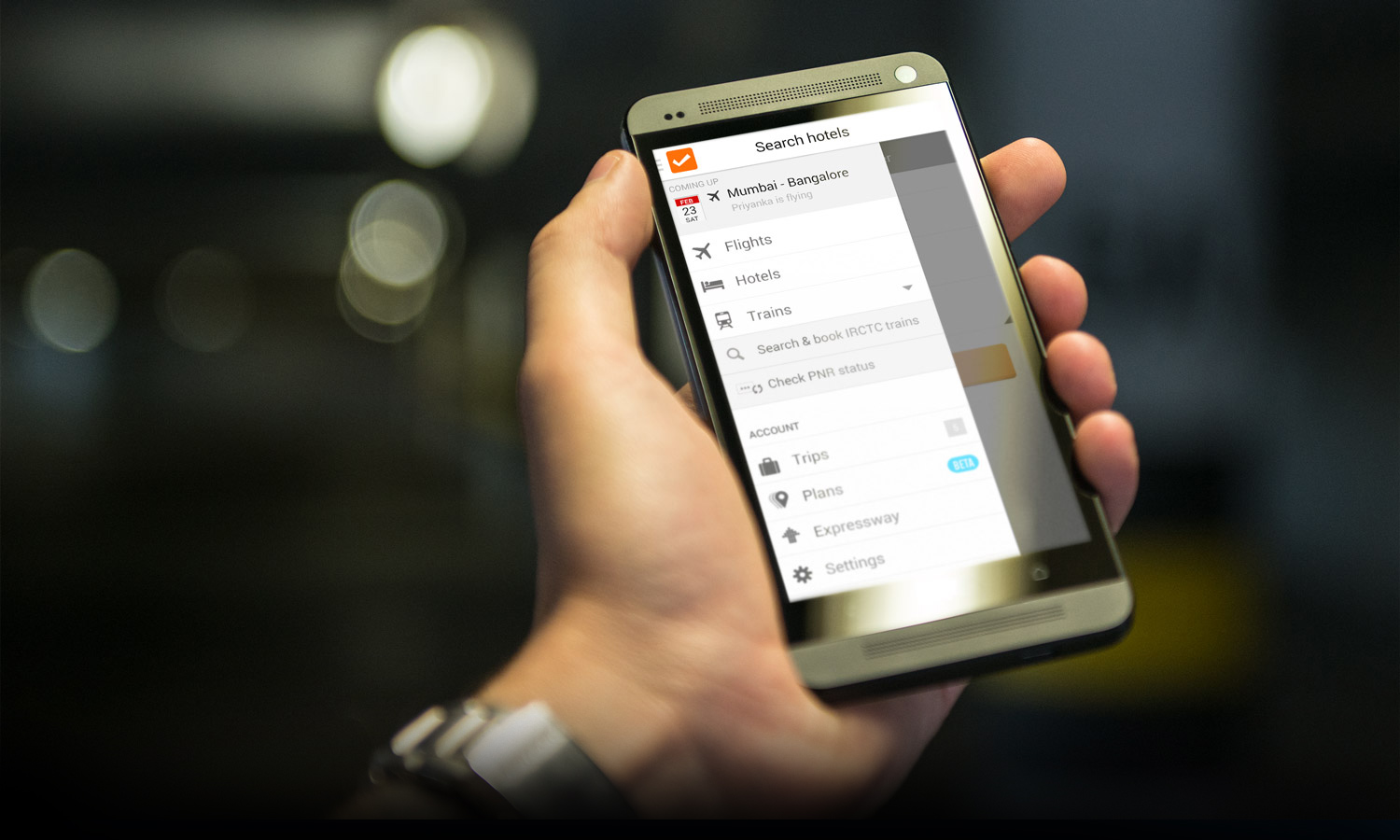 Everything is intuitive and where I want it to be. No crappy banner ads punching you square in the chin, anywhere.

A log of your trips is available from an icon at the bottom of the screen, the Expressway feature makes booking Uber-like easy and the Passbook entry one gets on making a booking.

Every little ding dang whoosh is a tease. Ok, maybe I got carried away there but I can balance it out by cracking a whip on the logo dressed in To Do List overalls. Visit Cleartrip. 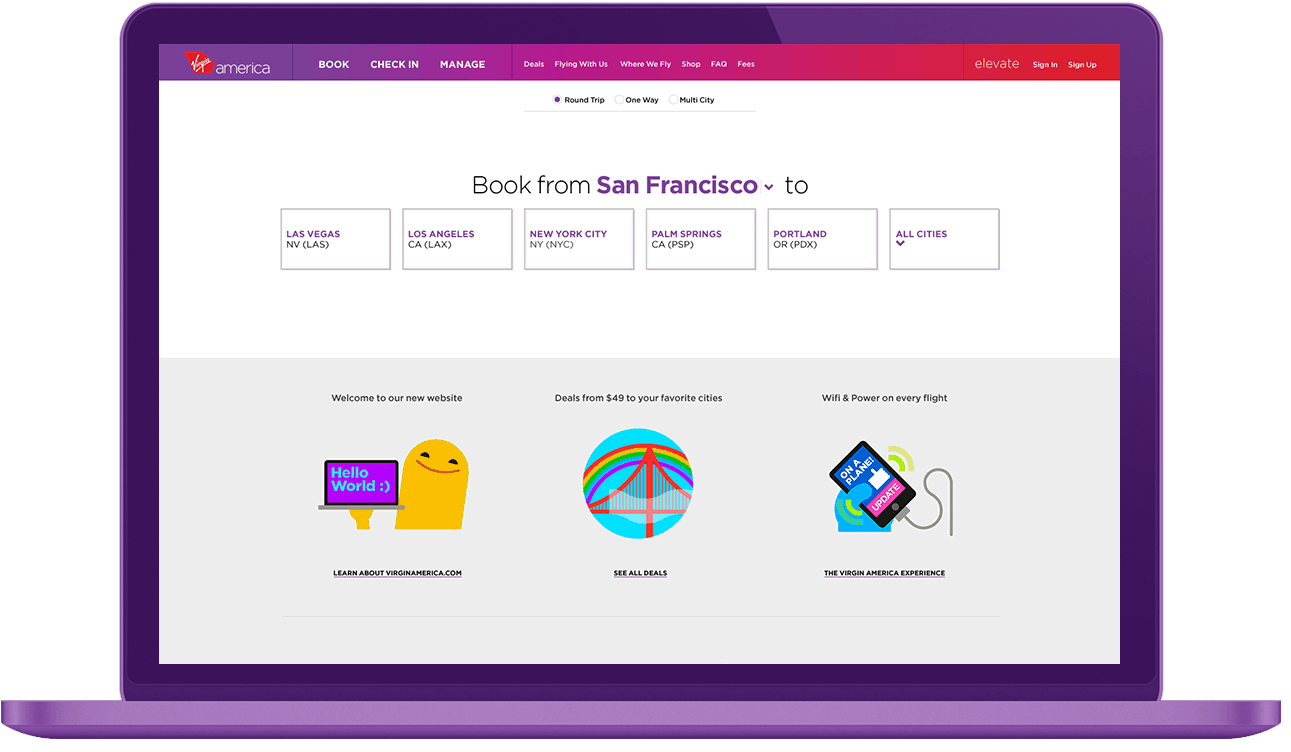 2. Virgin America
The only (which I’m aware of) brand-and-user-led (not just user-led but bringing the brand voice into context is so fucking rare) non-template design comes from approaching the entire experience from scratch. Kind of like Tesla’s approach to building electric cars ground up and not trying to retro fit electric motors into a chassis meant for gas engines but for websites.

Work & Co (a digital company) approached the design with the following framework focusing on the purchase path.

You can watch the clip here and read the case study here.

They also talk about experimenting with their agency model and working collaboratively by setting up an outpost at the client’s office. And no presentations. In another article Joe talked about exploring Pentagram’s model where Partners lead projects. Another elaborate discussion on why the current agency model is broken for a future blog.

Did you catch that? Let me just pause you here for a second. These two products are great examples of the former when design is user-function-led and the later doing all the above but also bringing brand (Virgin) into context.

That is fucking key. The brand voice is not an aesthetic layer but deep-seated- a part of the function and behaviour- a compelling story for the user to experience.

The lack of brand in the digital universe is cringe worthy. More on that in a future blog.

Adioso and Kiwi reviews and impressions coming in part two. We request all passengers to fasten their seat belts and hang tight.

Be sure to checkout my #365 Day Project on instagram.com/paulsyng.

I think I’ve been watching a lot of Bill Burr. Fuck.

Read part one and two first. While I stood in one corner of the room, by the balcony, overlooking Thane, my friend lay lazy in bed. We were brainstorming ideas to get me a foot in the door at an advertising agency. He was hosting me for the weekend while I was in-between places. He worked full-time, as a copywriter.

Inspired by Neil French and David Ogilvy, that week, I began working on my elevator pitch. The intended impact I had in mind was “copy” nerd. I scripted several iterations and put together my first prototype. I shared it with my friends and they felt it was silly and funny.

It’s the reaction I was hoping for and the only push I needed to go all in.

After spending an afternoon, manually cutting cards, at a local print shop the copywriter’s business card was born. Armed with a new email address and business card I began to approach agencies. 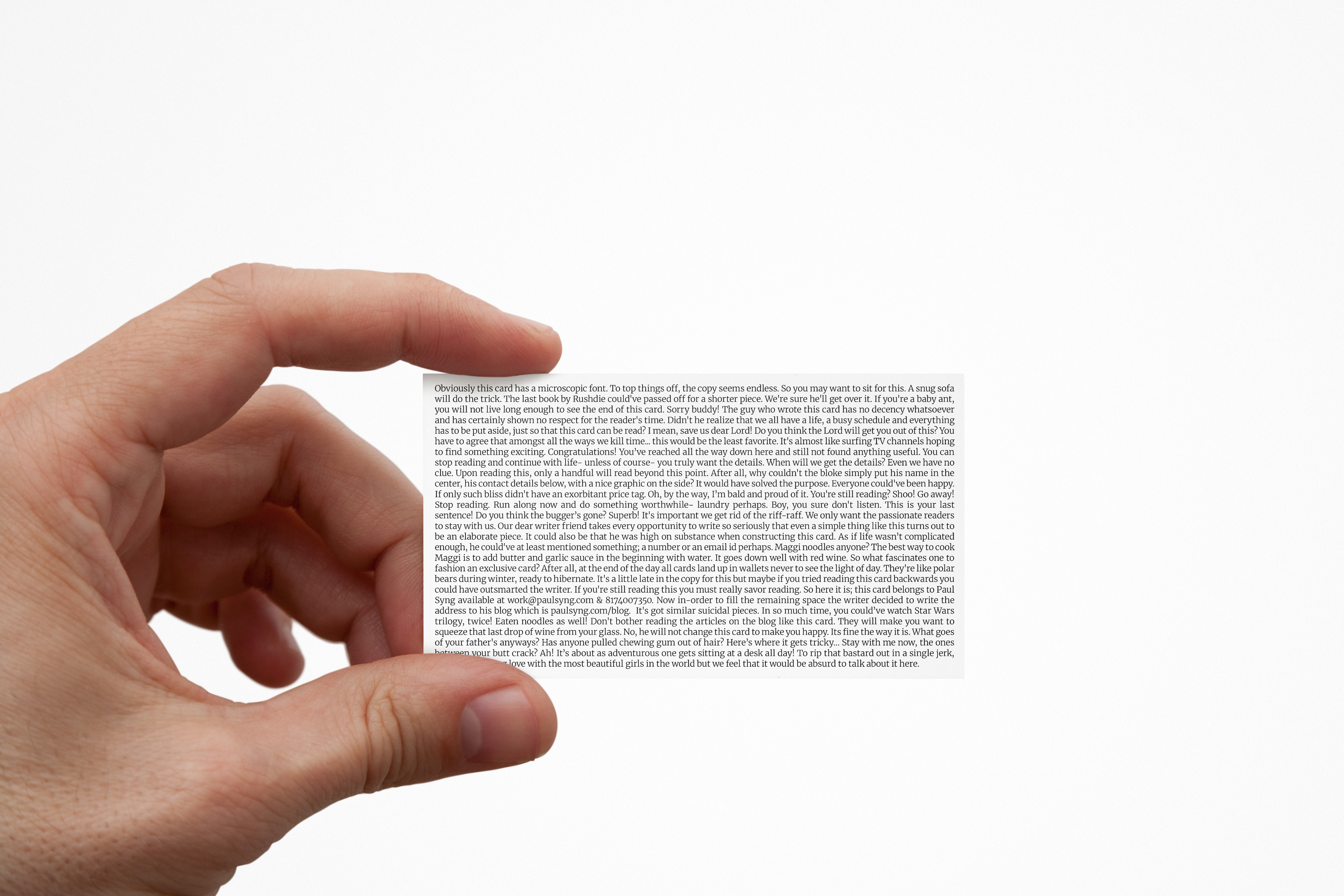 Here’s what I did differently this time around. Instead of sending emails and cold calling companies, I showed up to the agency’s door and requested receptionists to hand deliver the card to the Creative Director.

I got noticed and heard for the first time. Thus began a meaningful dialogue with the agency world. I ended up joining Wunderman to work as a junior copywriter on the airline account only to quit months later to start my own agency.

More on that soon.

Note: I made minor alterations to the artwork: Updated the email and phone no. I don’t use penismydear@gmail.com now.